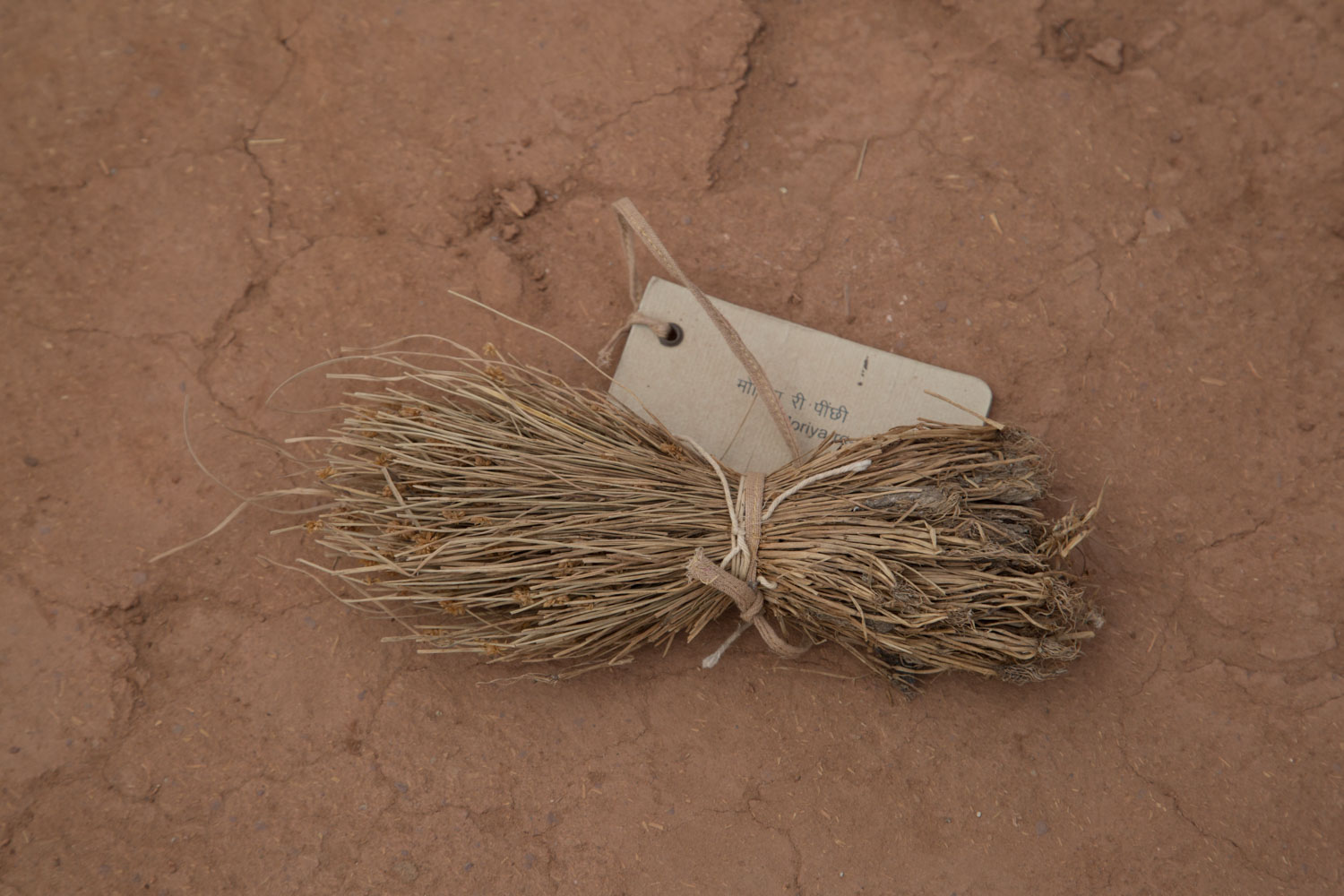 The ‘living museum’, through displays such as that of different kinds of brooms and pottery, gives visitors a glimpse into not only the labour and skills of the local communities but also the world of rituals and beliefs associated with these objects of daily life. These humble objects are rooted in the local ecology and traditional knowledge systems of the region. This is the reason Komal Kothari chose the broom, an inconspicuous object of fundamental importance in our lives, as the flagship concept for a museum collection. The Broom Project was supported by Ford Foundation, India. It was directed by Rustom Bharucha, author of the book on Kothari, Rajasthan: An Oral History, and presently a professor at the School of Arts and Aesthetics, Jawaharlal Nehru University. Bharucha was aided by Kothari’s son, Kuldeep, presently the secretary of Rupayan Sansthan. The display was designed and curated by the visual artist Madan Meena.

The brooms are classified according to the different agrarian zones of Rajasthan identified by Kothari: millet (bajra), sorghum (jowar) and maize. The collection is divided into the ‘female’ brooms used in the inner spaces and the ‘male’ brooms reserved for outer spaces. The names of the brooms can indicate their ‘gender’: examples of female brooms being buari and havarni, and male ones being bungra and havarno. The female brooms are associated with the Goddess Lakshmi, signifying prosperity, and are stored in a horizontal position for luck. The male brooms tend to be sturdier, making them suitable for the purpose of sweeping rougher surfaces. Types of them are also used during the harvest season to remove husk. Through a series of videos on broom production, the museum aims at sensitising the audience about the stigma and risks associated with it for the largely poor and marginalised communities that produce them for our daily use.

The jhoonjhli grass that is used to manufacture this broom grows in the forests and hills of southern Rajasthan. It is collected by the Garasiya and tribal Bhil communities, who sell it to villagers at the rate of a rupee for a bundle. Although this broom is used both inside and outside, albeit only on mud floor surfaces, it has a feminine name. Broom made by Amru Khan

Found on the scrublands and sand dunes of western Rajasthan, this shrub is adapted to various domestic uses. It is made into a broom used to sweep the insides of homes as well as cattle sheds. It is used to manufacture a rope that is tied to pots to draw water from wells and twisted into rings used by women to balance water pots on their heads. Its fruits are used to make a vegetable dish. Villagers use it to manufacture a home remedy for skin diseases. Broom by made Ranaram Rebari

This small grass grows in arid zones. It is used to clean cattle pens. Broom made by Kirtaram Chaudhary

This grass lends itself to numerous ritual as well as practical uses. It is used in rituals pertaining to death, to sprinkle and offer water, made into a ring and worn by the son conducting the rituals. It is also used to ward off eclipses. The grass is used to make brushes for whitewashing homes and ropes for making cots. Its fragrant roots are used in perfumery. Broom made by Babu Lal

The grass grows in loose soil during the monsoon and is cut during the Kartik month of the Hindu calendar, corresponding with October–November. This broom is manufactured by sweepers and used by them to clean public spaces. Broom made by Ratan Lal

Broom made by Shakaram Meghwal

This shrub grows in the Sariska forest belt throughout the year. The broom is used in cattle sheds. Broom made by Laxman Meena

The dried branches of the date palm tree supply readymade brooms that are used for the highly specialised task of removing cobwebs! It is made by the Bhil community and other tribal communities 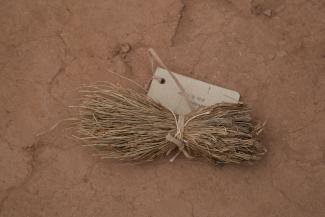 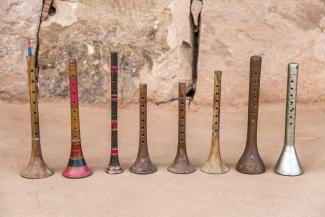